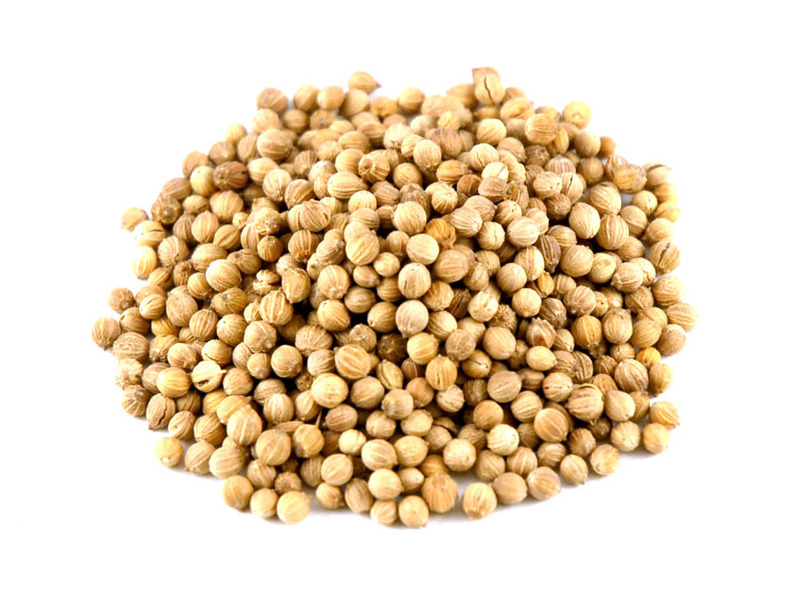 All parts of the Coriander plants are eatable. Dried Coriander seed is mostly used in traditional cooking of Asian and Latin American cuisine. This spice has flavor of lemony citrus. Coriander seed has a strong flavor and aroma which enhance the flavor of curry.

Link Name
Coriander seed usually have a volatile oil content of around 0.3-1.0%, so are highly valued as a raw material for the preparation of essential oil.
Coriander seed is commonly found both as whole dried seeds and in ground form. Roasting the seeds in a dry pan enhance the flavor, aroma and tanginess. In Asia, Coriander seed is a spice in Indian curries which acting as a thickener in a mixture. In Germany and South Africa, the seeds are used while making sausages.
In different part of world, coriander seeds are used in different ways and it contains lots of benefits. In Europe, coriander has traditionally been referred to as an "anti-diabetic" plant. In India, it has traditionally been used for its anti-inflammatory properties. In the United States, coriander has recently been studied for its cholesterol-lowering effects.

Coriander seed is very rich in dietary fiber. 100 g seeds provide 41.9 g of fiber. Much of this fiber is insoluble fiber which helps increase bulk of the food by absorbing water throughout the digestive system and help easing constipation condition.

Coriander seeds contain an ample amount of this anti-oxidant vitamin. 100 g of dry seeds provide 21 mg or 35% of RDI of vitamin-C.